You’re in for a treat!  Un-ripened, jackfruit has a pretty neutral taste, as well as a meat-like texture. Some have claimed it tastes similar to chicken and can absorb flavors really well. But ripened, it tastes like an apple, pineapple, mango and banana combo — now that’s a complex flavor profile!

Before it’s cut open, it has a pretty pungent decaying smell, but it’s perfectly safe to eat. It’s also really easy to grow and can survive pests, diseases, high temperatures and droughts. It’s grown mostly across south and southest Asia, but it’s not too hard to track down.

This mild-flavored tropical fruit is most often used as a vegan-friendly alternative to pulled pork and chicken. Its subtle-sweet flavor and adaptable texture make it a great substitute for meat in everything from tacos and enchiladas to curries, BBQ and salads.

The jackfruit is often referred to as a “miracle fruit” thanks to an abundance of health benefits. It’s also incredibly versatile. Try it pan-fried, slow-cooked, sautéed or braised. You can also enjoy it raw as a refreshing snack or blended into smoothies, yogurt bowls, dressings, salsas and slaws.

How to Tackle Jackfruit

Jackfruit is quite the heavyweight, with the average fruit weighing in at a whopping 30-50 pounds!  The preparation of this unusual fruit might seem daunting, which is why we’ve put together a convenient step-by-step photo guide below.  Jackfruit are typically so large that they are not sold whole and will come already halved or quartered.

If you’re taking the pre-cut route, simply start at Step 4. 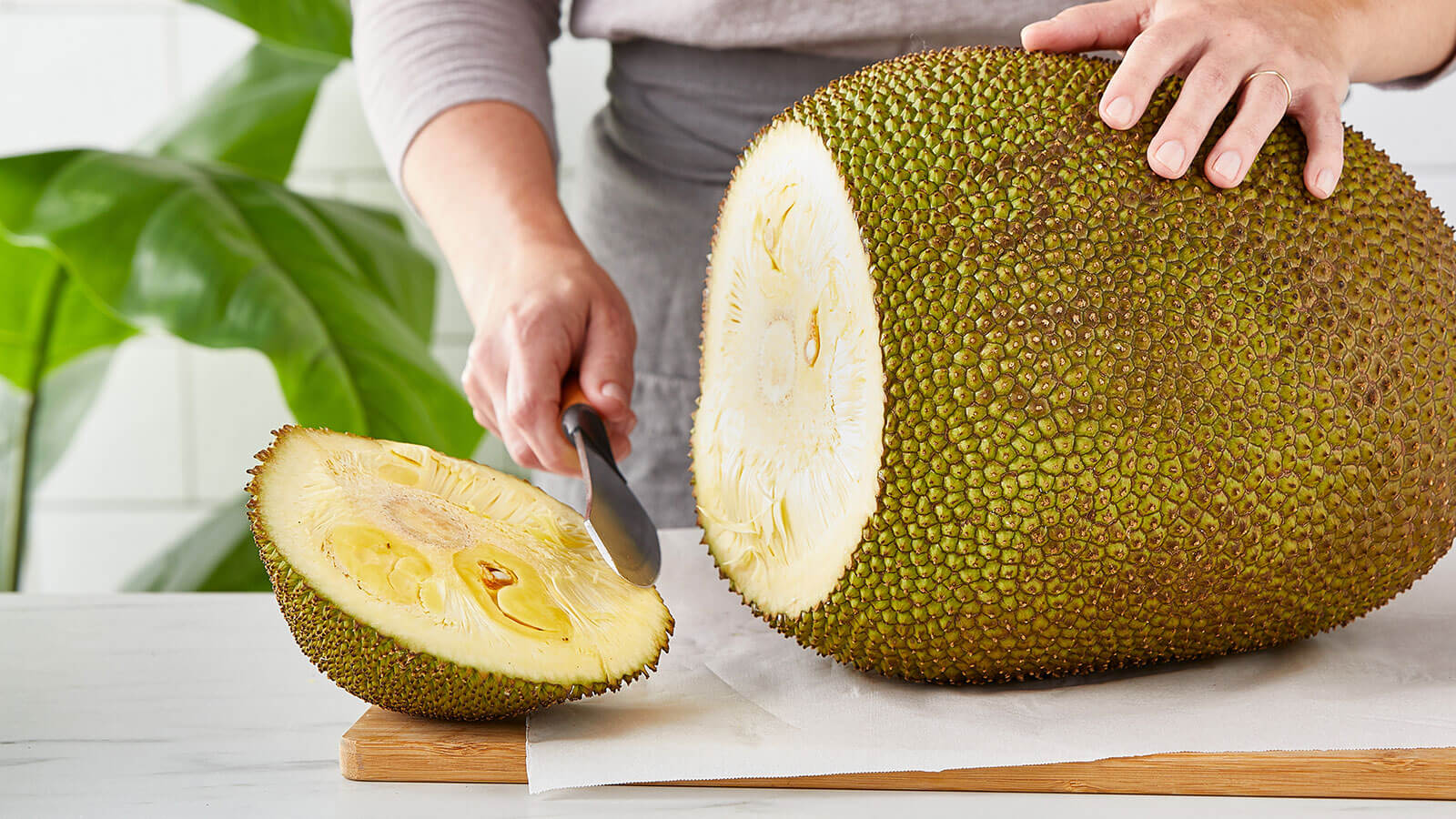 Thoroughly wash jackfruit and place onto parchment paper-covered cutting board. Cut off both ends of the fruit. 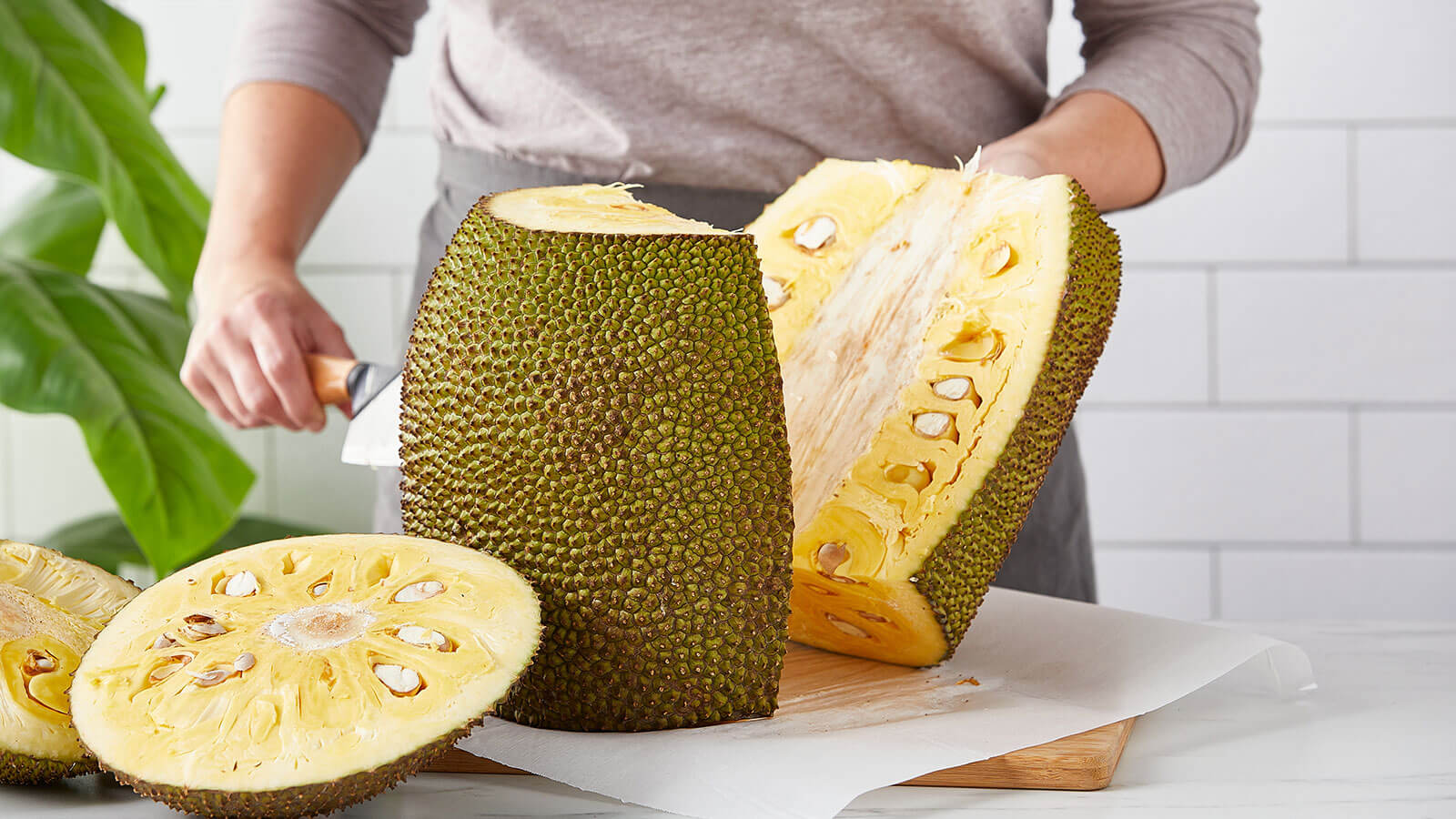 Slice fruit vertically, cutting in half through the core. 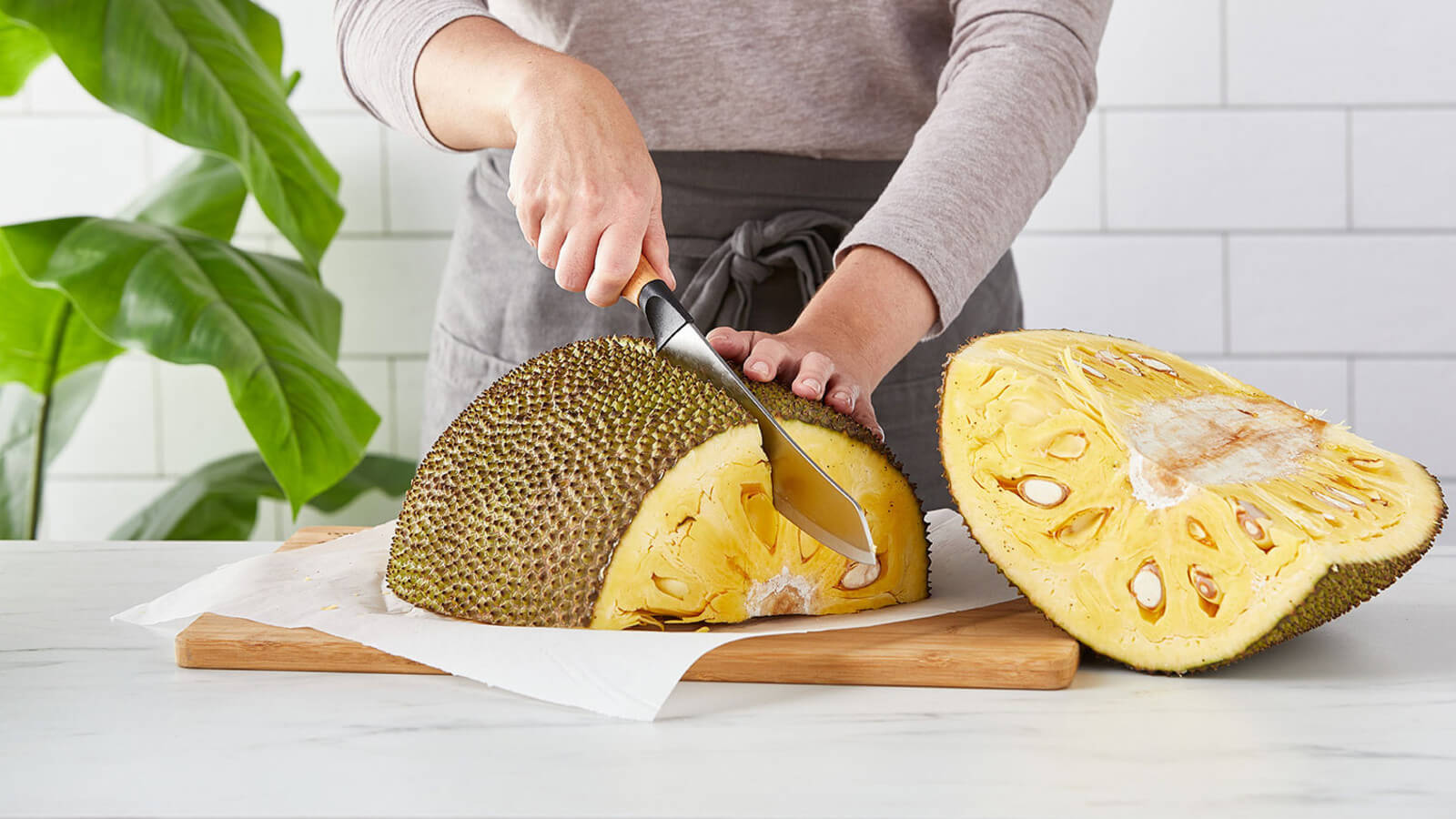 Slice each half into quarters. 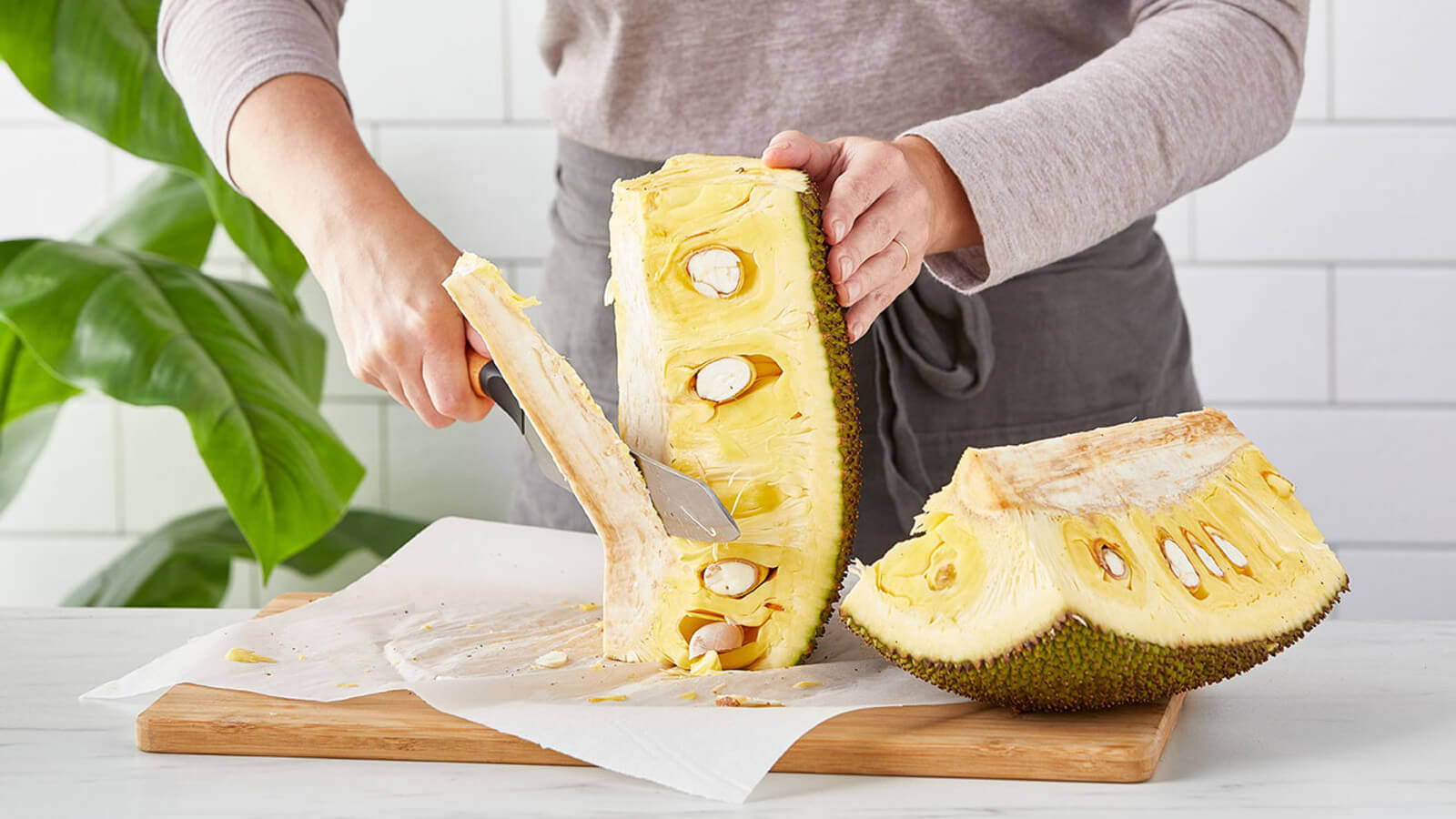 Stand each quarter on flat side and slice away fibrous core, removing completely. Repeat with remaining quarters. 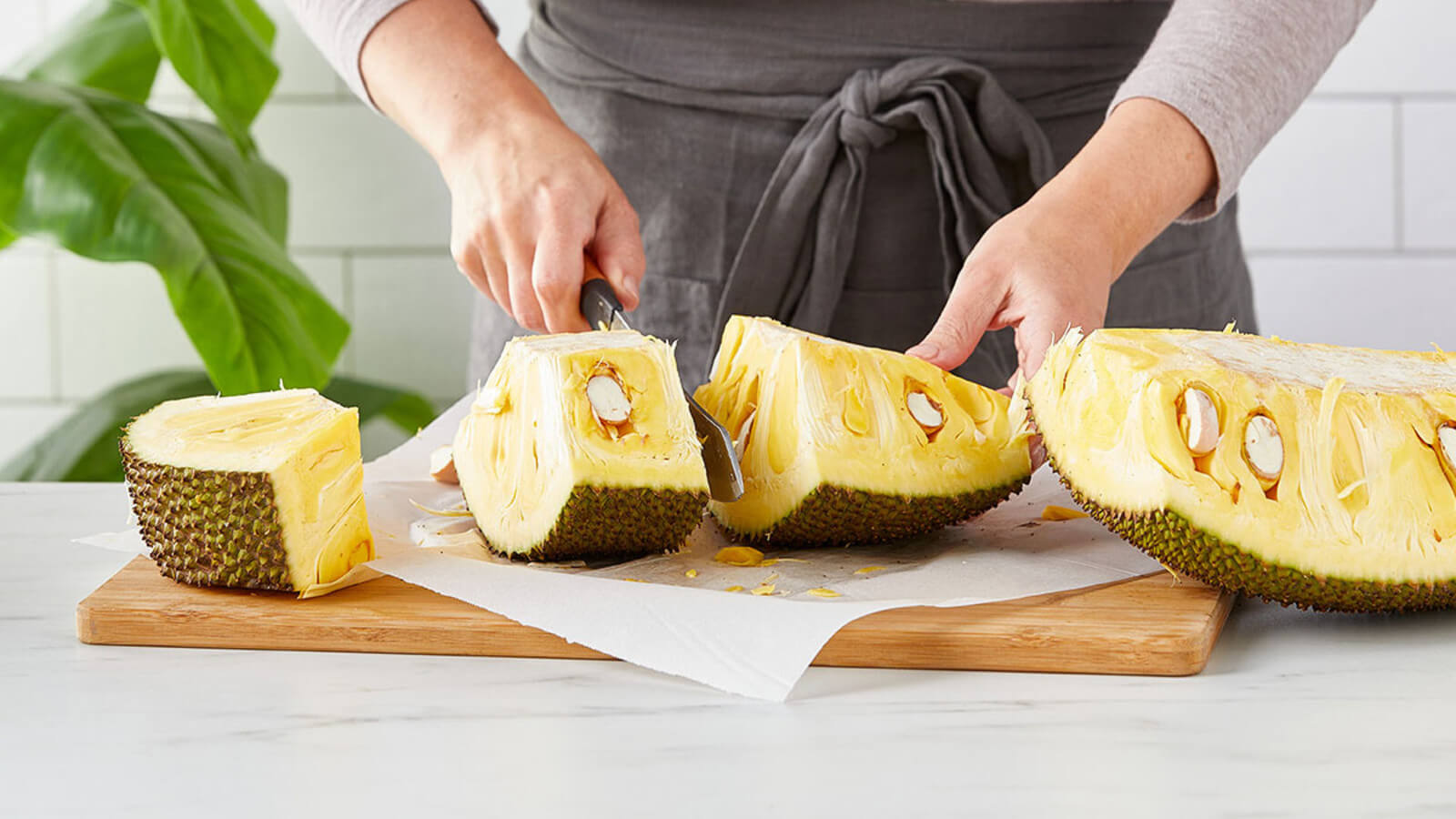 Slice each quarter into 3-4 inch wedges. 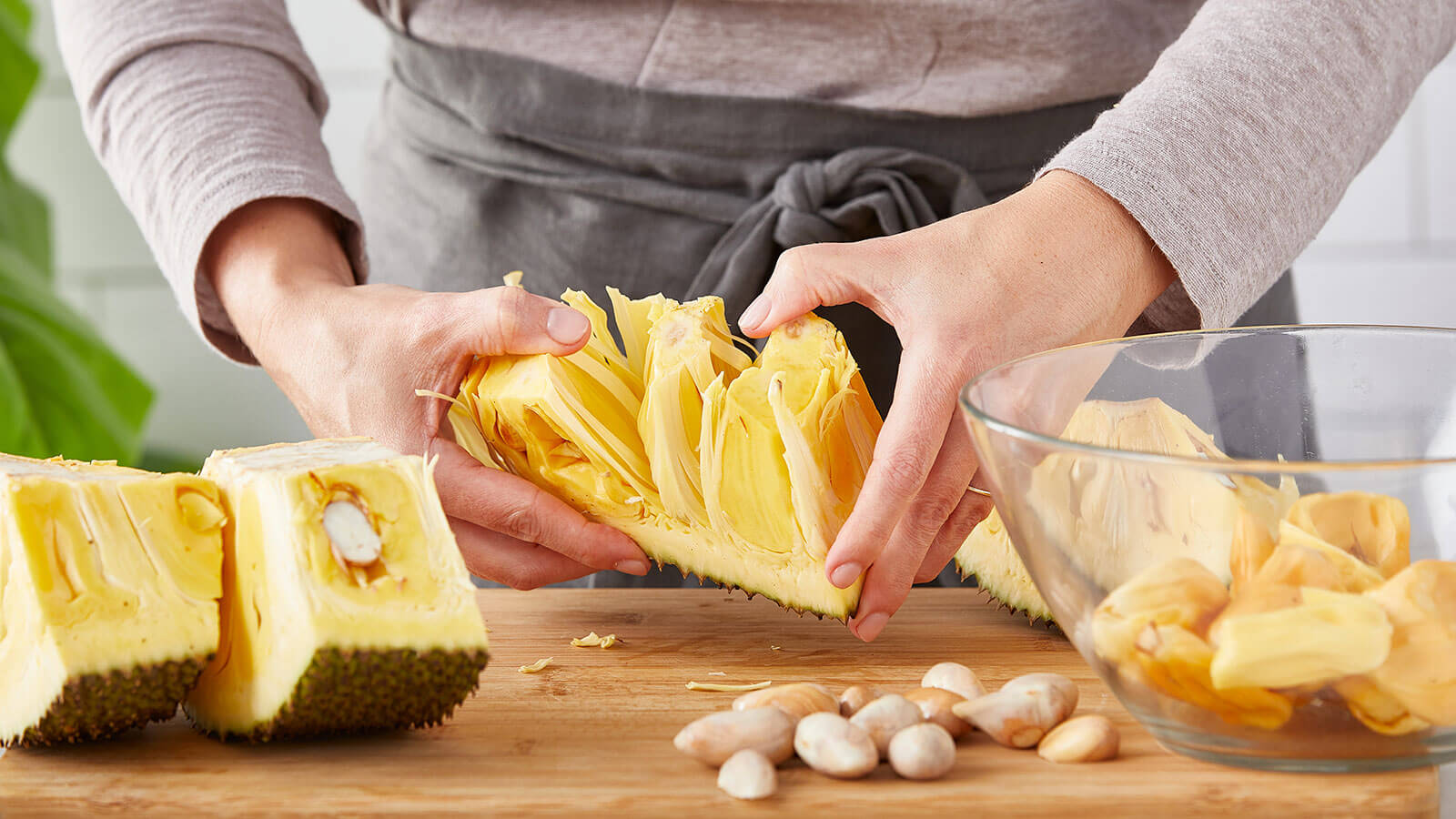 To get to the yellow edible fruit (arils), use your hands to pull the aril away from white fibers, completely removing it from the rind. 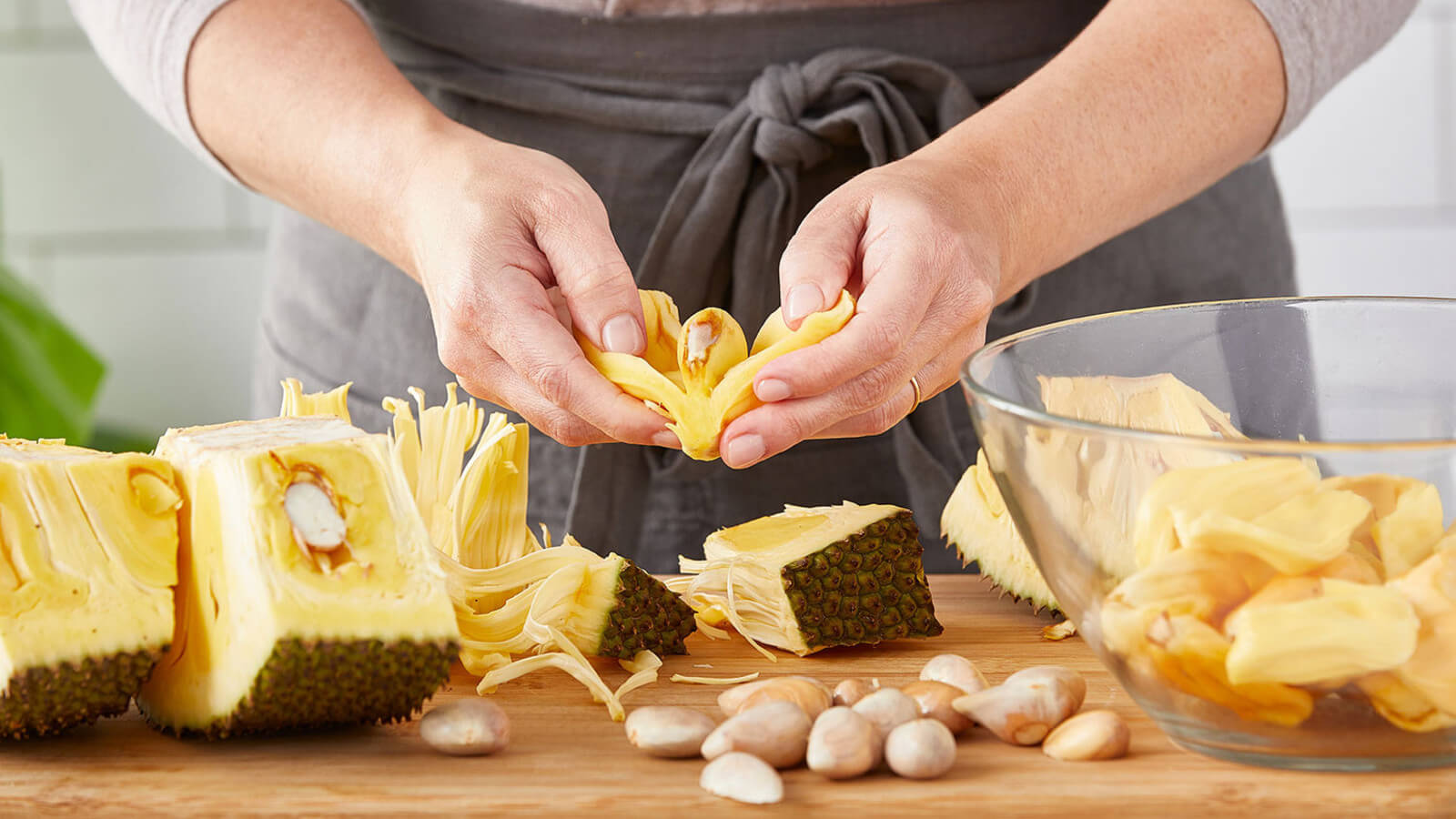 Remove seed pod by splitting aril along its natural seams, exposing the seed 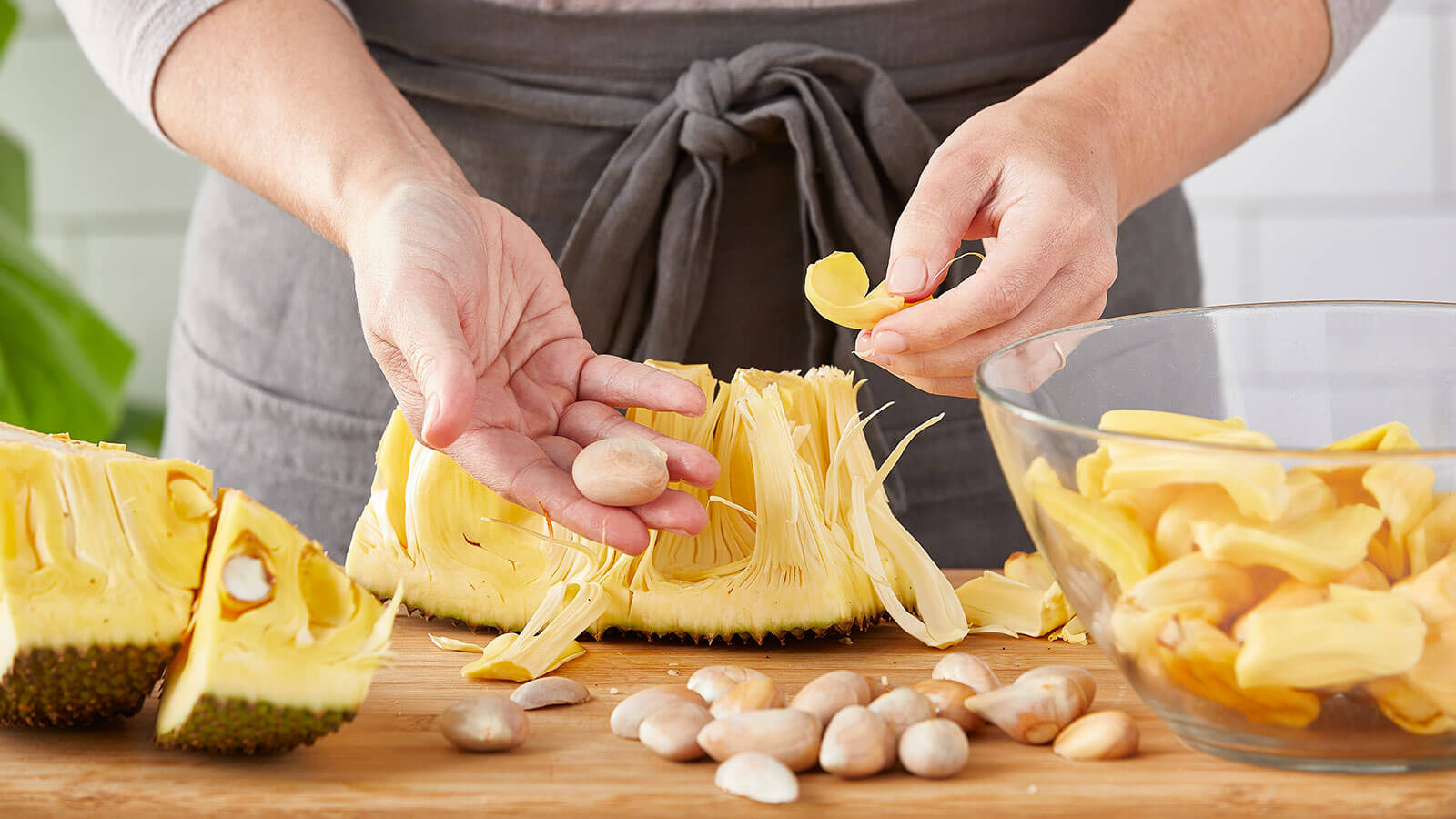 Raw jackfruit seeds are starchy and waxy, resembling chestnuts and Brazil nuts in size and texture. There’s no need to discard them—you can cook and eat the seeds (and they’re delicious, too!)

Thanks to The Fresh Market for their posted information about Jackfruit.